The breeding of Simmental cattle is of great economic importance in Austria. Dual-purpose Simmental cattle characterized by excellent meat and milk performance are the mainstay of cattle farms.

Breeding aims attach great weight to conformation traits such as frame size, muscling, feet and legs, and udder. Body conformation is evaluated according to a 9-point descriptive system used for Simmental cattle in the European Union. The first 30-50 daughters of each animal are described by federation specialists and all the results are included in breeding evaluation.

The SIMMENTAL (FLECKVIEH) AUSTRIA breeding programme is carried out consistently based on 1520 selected bull dams, which are mated to the best teŁt sires from the European rankings. In 2007, the best 19 sires from Germany and Austria with a Total Merit Index of 128.6 points were used.

In 2007, 35 proven sires with a score of 122.6 points in the Total Merit Index were included in breeding. The fertility of Simmental cattle in Austria is 95.7%.

Quadruple (and since 2008 triple) breeding evaluation is carried out jointly with Germany for all traits, and jointly with Italy, Hungary and the Czech Republic for single traits. Data on origin and progeny evaluation provide the basic parameters necessary for breeding evaluation according to a teŁt example. Interbull breeding values are shown for milk evaluation and somatic cell count, while the other traits are evaluated using the national scale. The crossbreeding value with meat : fitness ratio of 70 : 30 is used when selecting bulls for suckler cows and for calf-producing farms. A new Total Merit Index for Simmental cattle used for beef, i.e. in suckler cow breeding, is now being discussed. This production type has increased in Austria since the early 1990s. Simmental cattle are also the most important native breed.

Ranking lists for farms involved in dual-purpose and beef production

Breeders and breeding associations use current ranking lists to select the best sires for breeding. The ranking lists contain some 60-70 Simmental sires, which are owned or jointly owned by Austrian semen centres. Their semen must be currently available.

Simmental calves are especially popular for veal and beef production. About 60,000 animals were sold through breeding associations. The demand for semen and embryos has increased considerably. Six cattle insemination station operate on the market and export to 25 countries through Genetic Austria.

2007 was very successful in terms of sales. Exports increased by 10%. Sales profits were particularly good and increased by 5 to 10%.

Predictions for Simmentals as dual-purpose cattle are very good. There are interesting prospects considering the decreasing cattle population in the world, the burgeoning demand on the milk market, and the decreased supply of meat. Foreign cooperation is necessary for the entire potential of breeding programmes to be used in optimizing breeding progress. SIMMENTAL (FLECKVIEH) AUSTRIA are prepared for this cooperation. 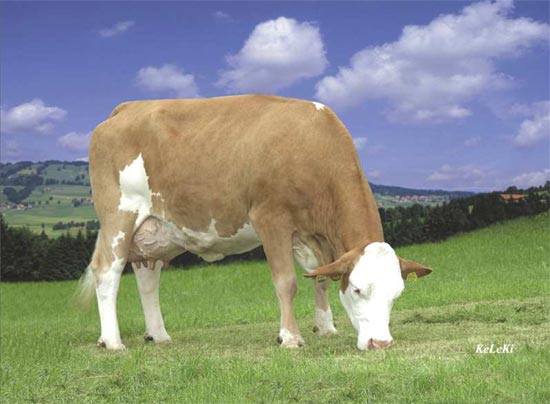 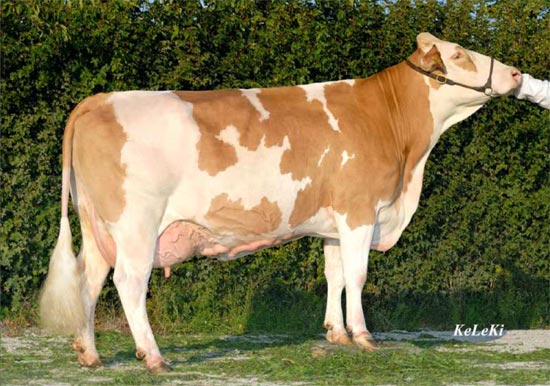 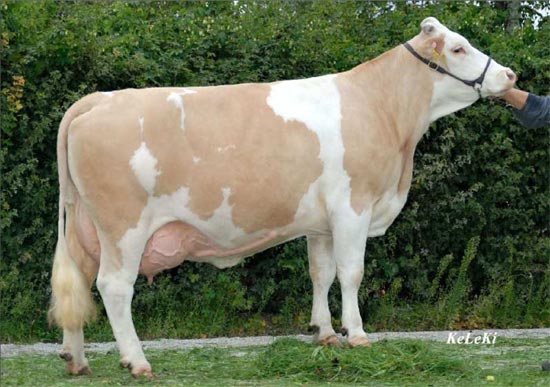 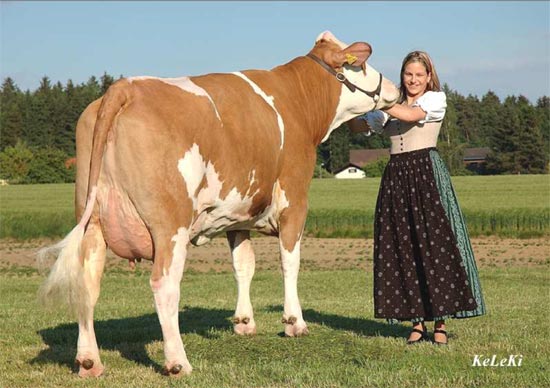 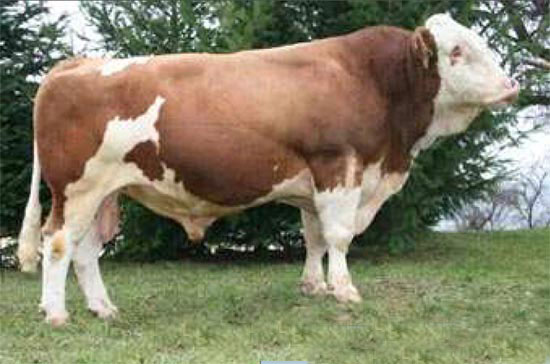 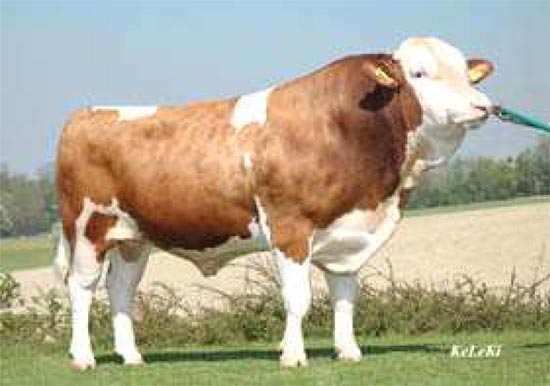