THE MONTBÉLIARDE BREED IN FRANCE

The Montbéliarde breed is today the second dairy breed in France. In a decreasing dairy cow population (-85,954 milk recorded cows in 2007), the Montbéliarde population is stable and has been increasing its overall market share in France. The growth is about 5% and even 10% in some areas, where the Holstein breed is dominant.

The average production performance of the breed:

These 5000 breeders represent 189,00 cows, which translateż into an average of 38 cows per herd with the following performance:

588,000 Montbéliarde cows are inseminated. 25% of the inseminations are made by a beef breed to provide beef bulls for specialized farms. Two selection units (Umoteżt and Jura-Bétail) are in charge of the breed selection according to the breeding goals defined by the O.S. Montbéliarde.

- 100% are controlled before in a performance station for growth rate and beef conformation;

- 100% are controlled for semen production ability;

- Those which come from famous families are chosen with the help of gene markers. Both selection units invest a lot in this research subject;

- Semen is dispatched randomly according to a rigorous protocol. An average of 80 daughters are milk recorded in 76 different herds and described morphologically with the linear method by 45 different technicians.

- May 2008 - Montbéliarde Prestige show in Besançon.

400,000 doses are exported yearly all over the world. This job is mainly done by a specialized Montbéliarde genetics company (COOPEX Montbéliarde) exporting semen, embryos and heifers. The Montbéliarde breed has very good results in comparison with the Holstein breed in US and Dutch studies. 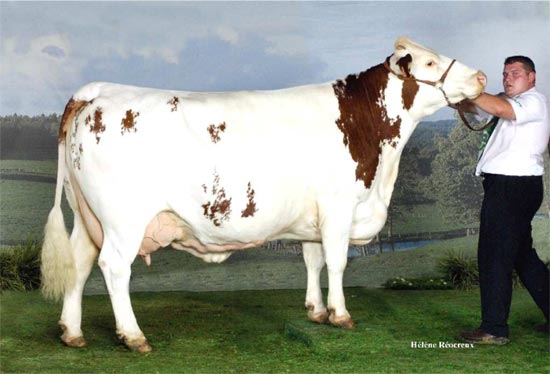 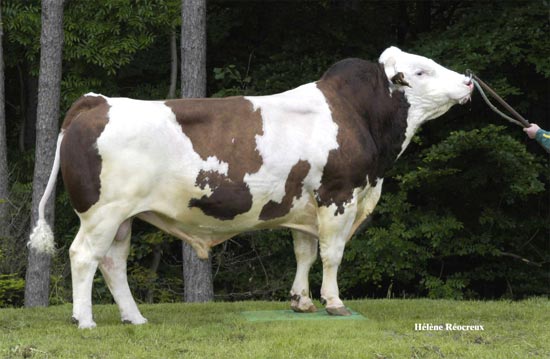 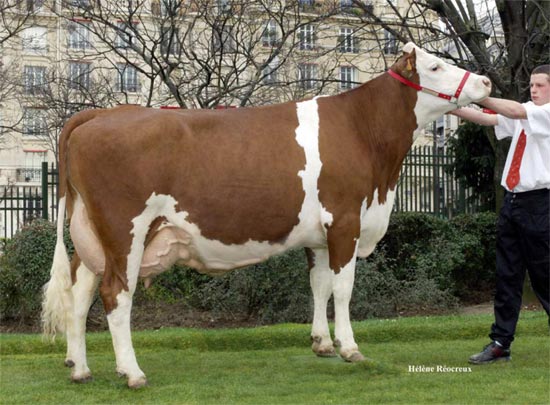 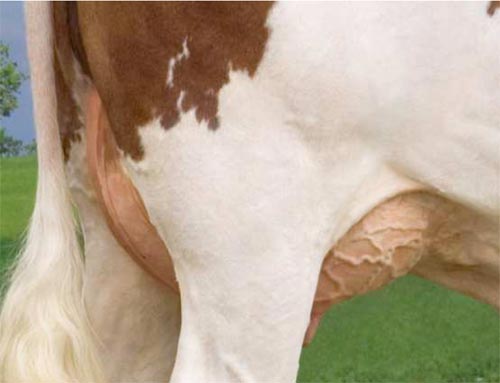