Serbia is located in the central part of the Balkan Peninsula on the most important roads connecting Europe and Asia. Serbia is a part of the Central European time zone with medium continental climate. Average temperature is from 11 to 12°C. In January, average temperature ranges from -1 to +1°C, and in June it ranges from 22 to 23°C. Average annual precipitation is 600?800 mm in lowland areas and 800-1200 mm in mountain areas. International roads and railways make Serbia the shorteżt road between West and Central Europe from one side to Middle East, Asia and Africa to another. These facts make it a very valuable country in geopolitical terms. Serbian rivers are part of the Black, Adriatic and Aegean sea basin. The Danube, Sava and Tisa are navigable. The longest river is the Danube (588 km on Serbian territory). The northern part of Serbia is mostly plain based and central and southern parts are mostly mountain and hill based. The border length is 2397 km. Serbia borders with Bulgaria on the East, with Romania on the Northern East, with Hungary on the North, with Croatia and Bosnia and Hercegovina on the West, and with Albania and Macedonia on the South.

The majority of the Serbian population are Serbs and there are 37 minorities. All the citizens of Serbia have the same rights and the same obligations The official language is Serbian and the official alphabet is Cyrillic. The languages and the alphabets of the minorities are official in the areas where these minorities are settled. The most common religion is Orthodox Christianity but there are more than four different religions in Serbia.

Serbia is dominated by small traditional family households and private property. There are 1,305,426 farmers (17.3% of the Serbian population).

Serbia is an open country which is willing to welcome anyone who likes natural beauty and is seriously engaged in the preservation of natural landscape and the development of animal husbandry.

Serbia is an agricultural and animal husbandry country with cattle breeding playing the most important role.

Today in Serbia there are 1,176,000 head of cattle and pregnant heifers, including 697,546 in Central Serbia. 85% are Simmental, 10% are crossbreds and autochthonous breeds, and around 5% are purebred Red Holstein and Holstein- Friesian breeds.

Imported from Switzerland, the Simmental breed has existed in Serbia since 1871. The most important increase in cattle numbers in Serbia was after the Second World War. The application of artificial insemination techniques increased this population considerably with the foundation of the AI centre in Velika Plana in June 1957. At the beginning of 1991, the number of controlled cattle was 80,000, but it decreased to 20,000 due to economic sanctions and NATO bombing. Serbian cattle breeders founded the first association of Simmental breeders in Velika Plana in 2002, when the programme and goals of Simmental breed development were adopted (dual-purpose, 50% beef and 50% milk). Controlled mating was used (60% of AI and 40% of natural mating) to increase fertility and milk production.

In September 2003, the Association of Simmental Breeders of Serbia organized the 25th Congress of the European Association of Simmental Breeders in Belgrade. Guests (150 participants from 12 European countries) visited exhibitions in Svilajnac, Smederevska Palanka and Velika Plana. The guests were familiarized with the facts on cattle breeding in Serbia and the landmarks of Central Serbia.

The Serbian Ministry of Agriculture adopted a new breeding plan for the period 2008-2012, which specifies that 20% of the cows will be performed teżted by the end of this period. This breeding goal concerns dual-purpose cattle and highproducing dairy cattle characterized by regular fertility, calving interval of 380 days, good udder conformation, good milk production and good muscles. 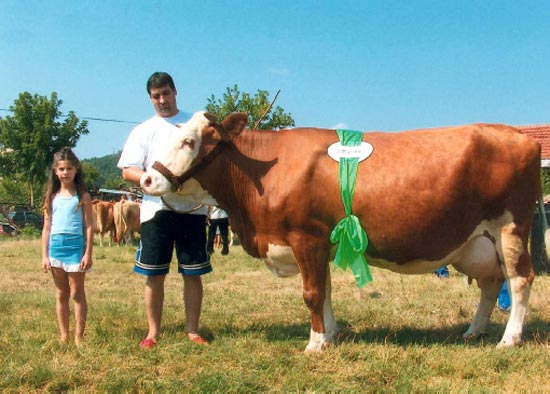 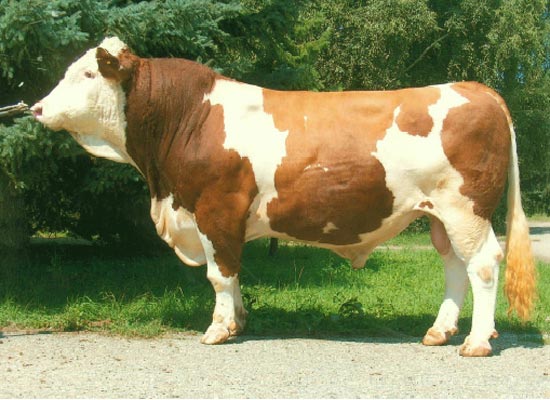 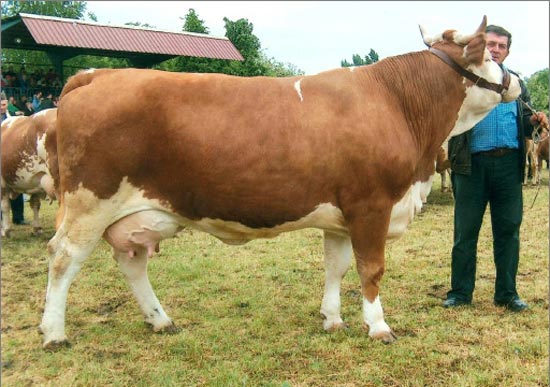 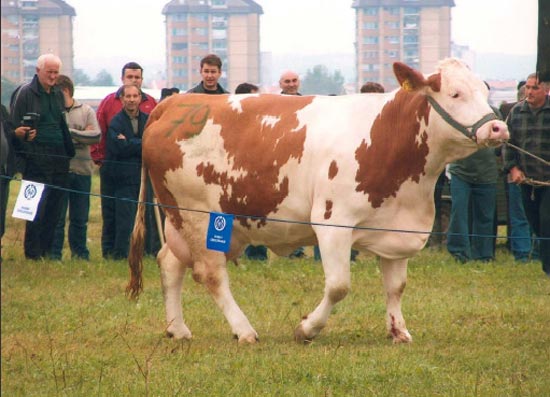 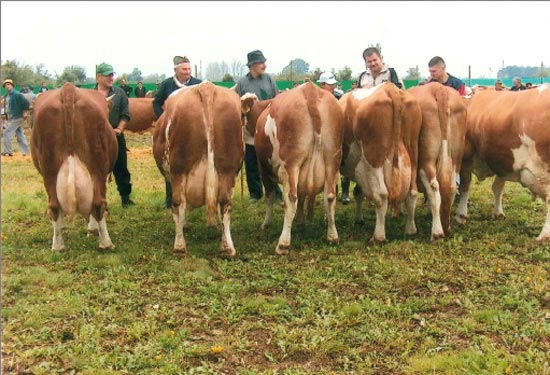