The original autochthonous cattle reared on the territory of Slovakia were represented by:

The production of this cattle was small. Milk production was 800-1200 kg per lactation and live weight of cows was 250-300 kg. In the stronger gray steppe cattle, the live weight of cows was 400-450 kg. These cattle were also used for draft purposes. At the end of the 18th century during the Austro-Hungarian Monarchy, it was possible to import more productive cattle breeds, mainly dualpurpose cattle such as Simmental, Bern and Pinzgau cattle. These breeds were imported mainly for large Hungarian farms.

Simmental cattle have their origin in Switzerland. These strong cattle were given to large farms oriented towards sugar production, distillery farms and seeds farms. By mating with home breeds, these cattle were quite quickly widespread among breeders. The performance control of milk production started in 1925 on the territory of Slovakia. At that time, Slovakia had 502,411 cows and performance control included 912 cows with production per lactation of 2240 kg milk, 3.95% fat, and live weight of cows averaging 519 kg. The breeding structure of cows under performance control was as follows:

These figures show the extent of the decrease in the number of cows after 1989, which was also connected with a decrease in milk production per head.

At present the number of first inseminations according to breed is as follows:

The Breeding Association of Slovak Spotted Cattle ? Cooperative, established in 1992, has all the powers of the previous breeding organization. On 4 May 1994, the organization was accepted by the European and World Simmental Association as a permanent member.

On 16-21 May 2004, the Association organized a sitting of the European Committee of the Simmental Association in Low Tatras.

At present the average farm stock is around 200 cows with top farms reaching an average production over 7000 kg milk. In 2007, ten cows exceeded milk production of 11,000 kg milk. The top 10% of cows in Slovakia had the following performance: 7344 kg milk, 311 kg fat, 245 kg protein. From this group of cows were selected mothers of sires, which are inseminated with selected insemination doses bought in Austria or in Germany. The insemination doses are bought by two insemination associations: Slovak Biological Service, a.s. and Insemas s.r.o.

The breeding association recommends using breeding plans to breeders. Each year 100?120 young bulls are classified which are put into insemination but mostly into natural breeding. Because the association has no stations for rearing young bulls, the results are positive according to production level of breeders.

Our breeding association covers 128 breeders of the Slovak Spotted breed. Members meet once a year and the board meets four times a year. Breeders present breeding results at the international exhibition AGROKOMPLEX in Nitra as well as at regional exhibitions of offspring in KremniŁka at BanskŁ Bystrica and on the school farm Łaklov in the territory of East Slovakia.

At present the most important task is to inform the breeders about the quality of Simmental breed (milk and beef production, good health status, reproduction and longevity), because not all farmers know the quality of this breed. 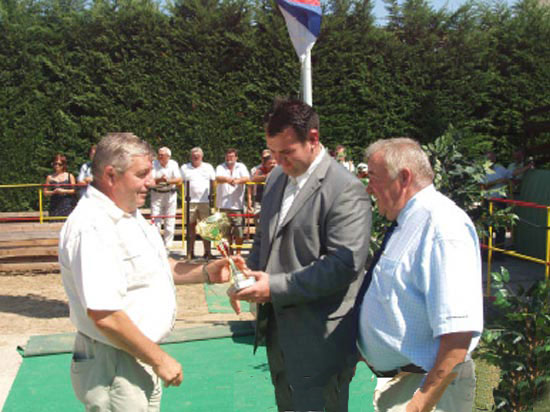 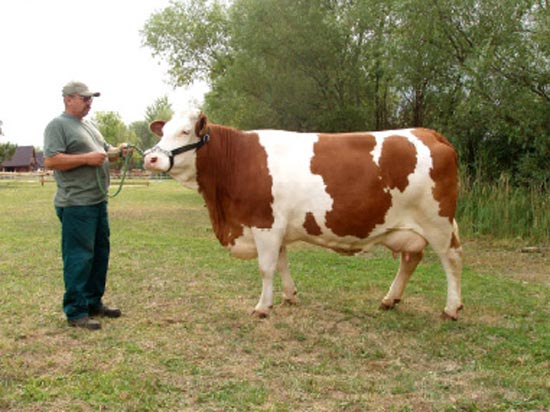 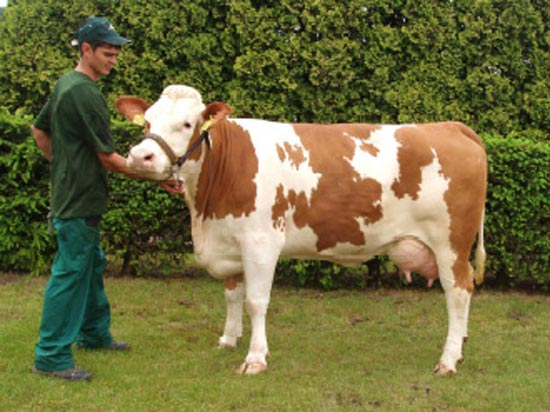 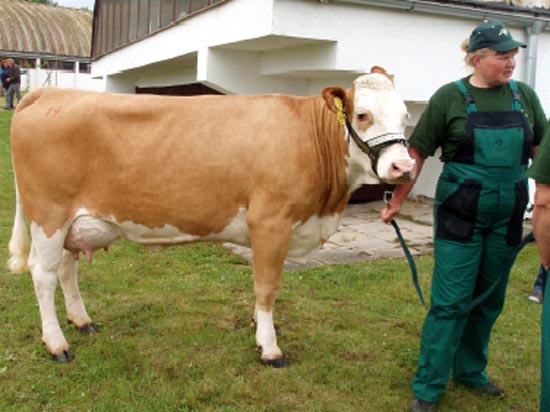 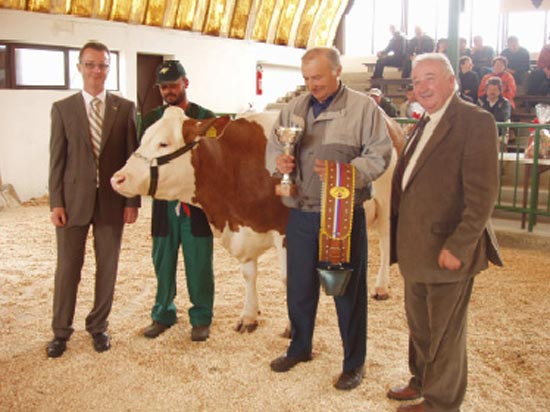 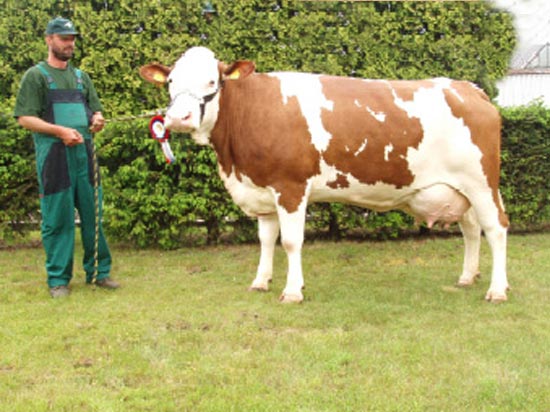