SIMMENTAL CATTLE IN THE CZECH REPUBLIC

History of cattle breeding in the Czech Republic

In the Czech Republic (former Czechoslovakia), cattle breeding has a long tradition and first breeders'associations were established during the Austro- Hungarian Monarchy. Active and objective cattle breeding began in 1905, when the first performance recording association was founded within the territory of today?s Czech Republic. Forcible collectivization and nationalization after 1948 meant that the whole livestock breeding segment became a state body - State Breeding Enterprise (SBE), which kept going with some changes until 1989. Changes in society and policy after the Iron Curtain fall in 1989 brought many changes in the animal breeding industry as well. The former State Breeding Enterprise was transformed and the services covered by the SBE were divided into many new organizations. At that time 13 new subjects, above all in the form of joint stock companies or Ltd. were founded. At the same time the performance control became privatized to become part of services provided by insemination stations. There is only one cooperative insemination station founded in 2000.

The umbrella organization of animal breeders in the Czech Republic is the Czech Moravian Breeders Corporation (CMBC), in which the contribution of the Czech Simmental Breeders Association is 23.4%. Nowadays the CMBC is an important organization offering and guaranteeing services such as central data processing of the milk control and reproduction results, genetic evaluation of the dairy cattle populations, milk analysis for milk performance control (100% of the samples), milk analysis for dairy processing factories (about 70% of the samples), immunogenetic laboratory (several DNA teŁts), responsibility for the central register of bovine animals in accordance with the EU decision 1760/2000, and technical maintenance of herd-books of dairy cattle breeds. CMBC is a member of ICAR and Interbull.

During the first half of the 19th century, a large number of cattle breeds and cattle strains were bred on the territory of today?s Czech Republic. The original cattle breed on the territory of the Czech Republic was represented by brachycerous red cattle known as ?Cervinky? (Czech Red Cattle). These animals were bred on gentry and church estateŁ. The Cervinky cattle were upgraded by crossing with imported animals, which came mainly from the area of the Austro- Hungarian monarchy. In the second part of the 19th century, many other breeds and strains were kept in addition to Cervinky cattle such as Pinzgauer, Berner, Freiburger, Montafone and others. Since the second half of the 19th century, Simmental cattle were imported in increasing numbers from Switzerland. In the second decade of the 20th century the unification of the domestic cattle population became a priority. According to the breeding law from 1924, only Simmental bulls were approved to be used in breeding.

In the post-war years after 1945, the breeding of Simmental cattle was oriented towards the triple performance goal. More than 1/3 of animals were used for draft purposes. These animals were not able to fulfil the requirements in the area of milk production. Because of this, the population was upgraded by using Ayrshires and later Red Holstein cattle with the aim of maintaining the dualpurpose performance (meat-milk) characteristics. The percentage of upgraded animals ranged from 25 to 37%. However, this crossbreeding was not entirely successful. Until today we may still see in some herds the influence of the dairy breeds on the dual-purpose population. The most recent development of the Czech Simmental cattle is oriented towards dual purpose performance with close relationship to the European dual purpose populations. The herd-book of the Czech Simmental cattle registers about 160,000 cows and every year about 90?100 bulls are teŁted in the population. The proportion of the Fleckvieh breed in the dairy cow population ranges from 47 to 48%, and the proportion of Simmental-Fleckvieh animals in the beef systems reaches almost 60%. According to the lateŁt statistical figures, about 430 000 dairy cows and 140 000 beef cows are registered in the Czech Republic, and the total cattle population is 1.2 million of heads.

Breeding programme of the Simmental cattle

The current selection programme is based on the Total Merit Index (TMI) used in the population. In the figure below, the TMI for Simmental cattle in the Czech Republic is reproduced.

In the Czech Republic, there is no breeding value for longevity yet. For this reason the exterior indexes for feet & legs and udder characteristics and somatic cell count as an "indicator" of longevity is used. Breeding values for beef performance are estimated in a common genetic evaluation together with Austria, Germany and Hungary. Breeding goals of the Simmental cattle population in the Czech Republic are available under www.cestr.cz

Beef performance is an important part of the dual-purpose breed and especially in recent years strong emphasis was placed on this area. All Simmental bulls selected for AI have to pass their own performance teŁt under standardized station conditions. In the period from 120 to 365 days of the bull's life, information about daily gain is collected and at the end of the own performance teŁt the type of the animal is classified by the association employees. For the AI are selected the bulls with superior daily gain and correct type classification with typical breed characteristics only.

The second level of the beef performance control is based on progeny teŁt. Today we have two important sources of the progeny performance information: test stations for the progeny and field information ? data from slaughterhouses. For the test station usually 12-15 male offspring are selected per bull in AI. From the TMI (GZW) of the Czech Simmental fertility p 4% fertility m 4% cell count 7% type 2% muscularity 7% F&L 3% udder 15% fitness 42% beef (FW) 17% milk 41% slaughterhouses we have an average of 40 bulls for the genetic evaluation. Genetic evaluation for beef traits is now in the final stages of an important update.

The total examination of conformation is based on four parts: frame, muscularity, feet & legs and udder.

Points for the total score of the different parts are given in the range 50?100 (from Poor to Excellent).

Milk performance of the Czech Simmental cows increased during the last year significantly. Results obtained in 2007 are fully comparable with those of best breeders in Europe. With an average production of 6328 kg per cow per year, we even exceed the average milk production in the EU 27 countries.

Cattle breeding and especially Simmental cattle breeding has a long tradition in the Czech Republic. In addition to the superior knowledge level of the breeders, one of the big advantages of the Czech breeders is the concentration of the animals. The requirements of the breeders for animals of the future are clearly defined: healthy, vital and trouble-free cows with long productive life and enough offspring for selection on both male and female side.

The main goal of the Czech Simmental cattle breeders associations is to organize breeding programmes in a way that fulfils the requirements of our breeders, which will ensure the profit for our members. Milk production development and calving interval changes 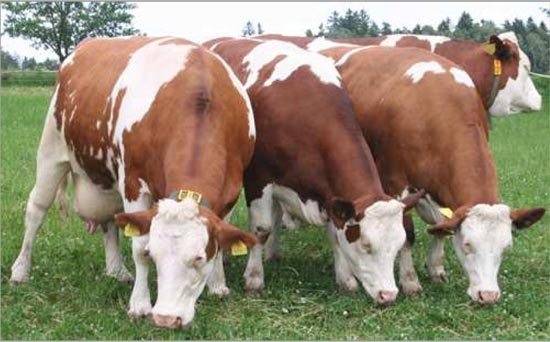 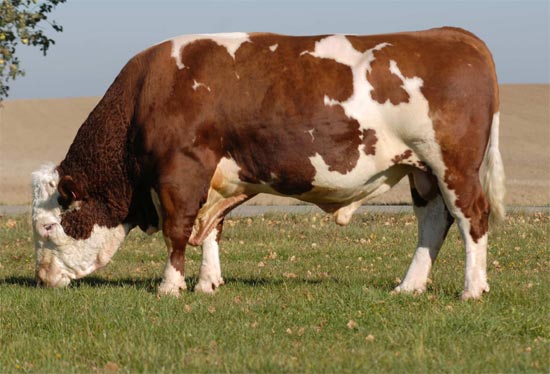 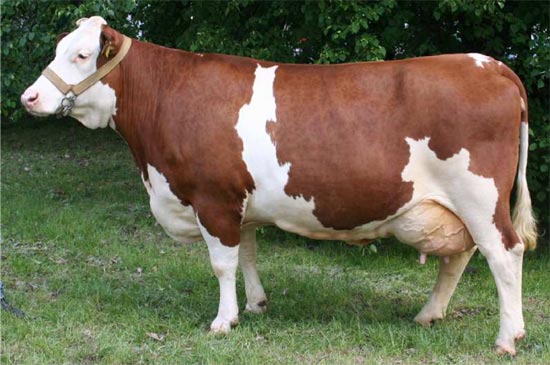